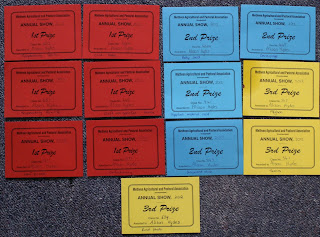 Well I havehad a really busy few days. Friday was spent baking for the Methven show and setting up a display advertising StampinUp. Saturday was the show a beautiful day except a lot of the farmers disappeared after lunch to go harvesting including our men folk.
I was a steward in the arts and craft section so spent all morning in the "shed" helping with that. After lunch my daughter and her pet goat went in the grand parade. Millie the goat hasn't been used to a lead for along while so I went along as back up.
Jessica was given this lovely pink hat for a prize for her goat. She was so excited because its her favourite colour and it had a goat embroidered on it. 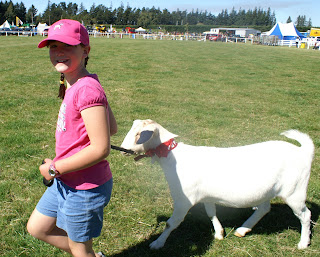 Then my son with a few friends entered into the Top Team competition. They did really well in their heats and came 2nd in the finals. One of the manyy activities they had to perform. 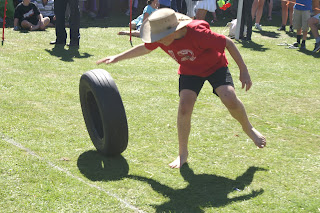 As for me I did really well in all my crafts and most of my baking did ok. Its funny I usually make the same few baking items with the same recipe , and one year i will get a prize and the next not. All depends on the judge on the day .
So all in all it was a great day.
Meanwhile the men harvested until the next morning at 5 . Had a couple of hours sleep and then back into it by 9:30 after a wee repair job.We all helped yesterday to get the last of the wheat harvested. And now I can finally say harvest has finished. What a frustrating drawn out harvest it has been. But I have to say it has probably beeen our best harvest because of the yields we have received.

Pop back later and I will show some of my craft items from the show.
Posted by Alison at 9:53 AM 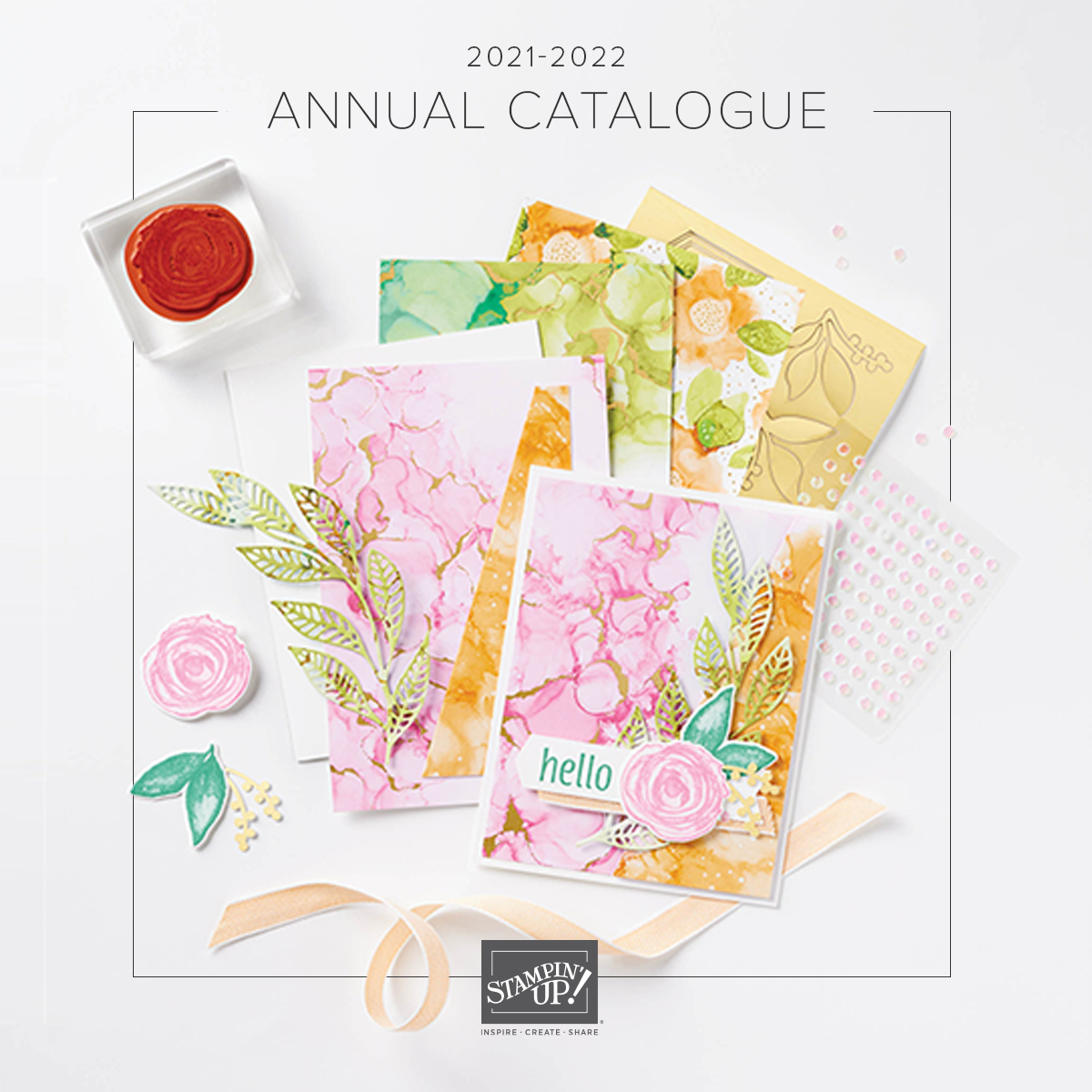